You’ve read the reviews so you probably knew the feature worked already, but if you are like me you’re taking someone else’s opinion for the difference in picture quality because it’s not very visible on screen.  So last night I set up my new tripod (carbon fiber is way lighter than steel, and the BH-55 ballhead is pretty solid), pointed the camera at a bookshelf, and shot 2 photos for a quick comparison to see if I could see the difference everyone was talking about.

It’s there.  I think this comparison makes it pretty clear.

Here’s the comparison at full-size:

Fairly subtle, right?  Looking at the full screen photo I noticed quite a bit more reflectivity from the spines of the books in the pixel shifted photo, but nothing major.

Then I zoomed in: 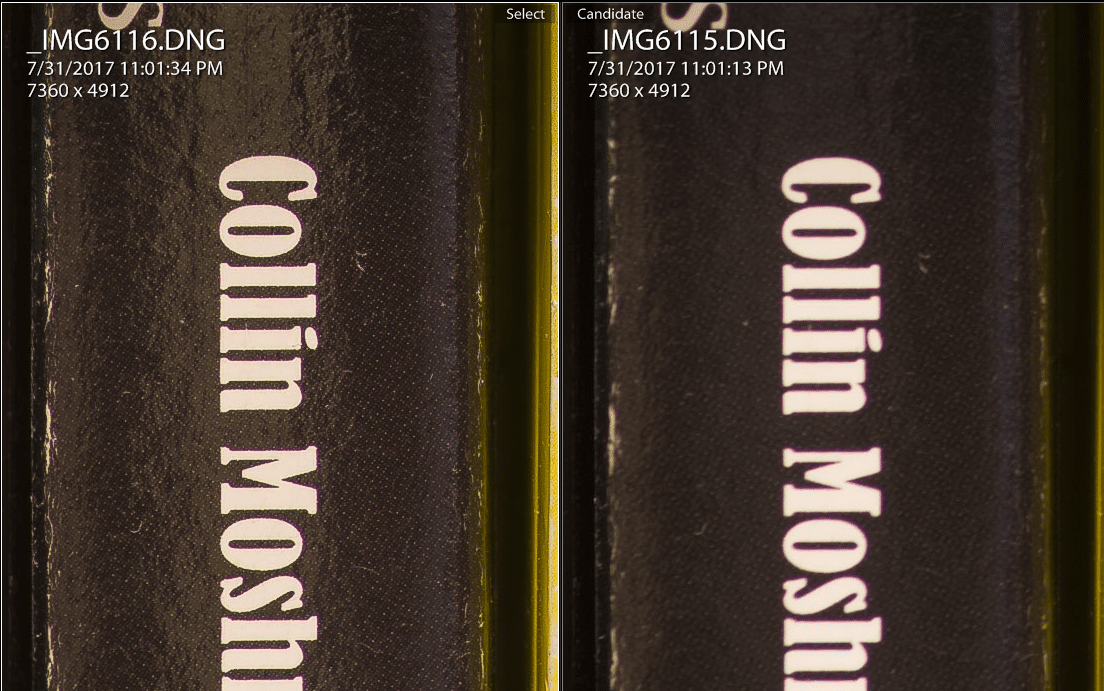 That 1:1 shot shows a huge improvement in detail.  This is a 2.5 second exposure at f5, camera bolted to the tripod, IR release used for each capture.  I shot the frame on the right, pressed the button I designated to toggle pixel shift, then shot the second frame.

Pretty drastic, right?  Click on the image to view it at full size to see this better – the compression here makes it a bit blurry if you don’t.