When I bought my Skylane it came with a questionable paint scheme, but the real issue was the that leading edges of the wings and struts had paint peeling off.  The previous owner said a friend borrowed it and flew through freezing rain and that was the result, so initially I planned to simply redo the leading edges and call it good enough. 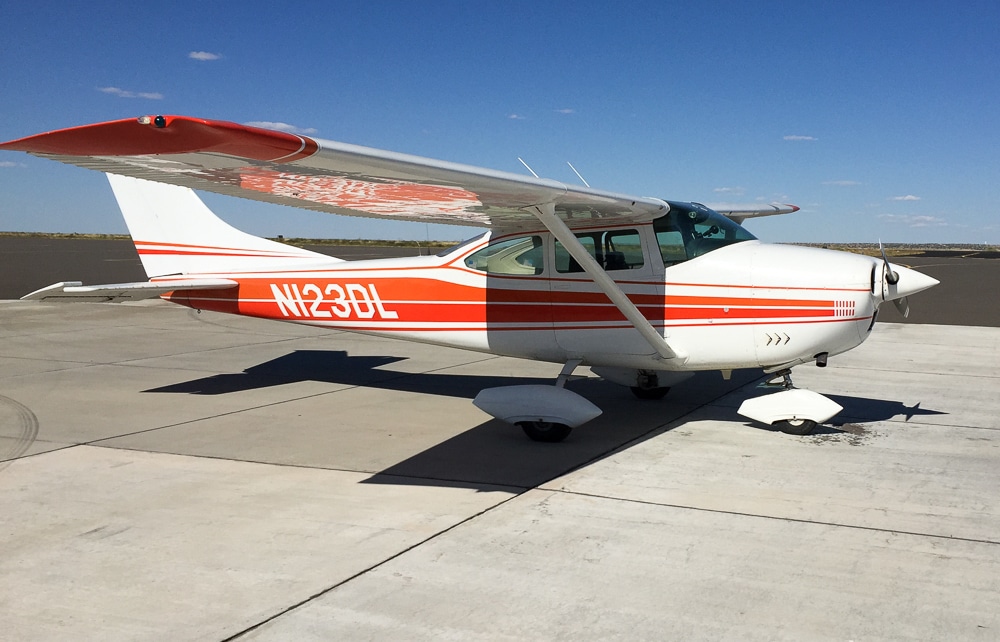 How my plane looked the day I flew it home

My wife hated the color scheme – orange on orange just wasn’t her thing, but we use the plane for transportation, and how it looks has always been a secondary concern.  As long as it was well-maintained and flew well then we were fine.  As an added bonus we figured an ugly plane was the last plane to be broken into when we were traveling.

The problem is that the remaining paint just wasn’t adhering to the plane the way it should.  Each flight seemed to lose a few more flakes, and flights that involved rain sometimes knocked off square inches of paint.  So we asked around and got good reviews for the paint shop on the field 10 miles north of my home field, Southeast Aircraft Painting.  The quote they gave us was $3,000 to fix the leading edges, or $8,900 to paint the entire plane.  After thinking it through, biting the bullet and getting the complete plane painted made the most sense. 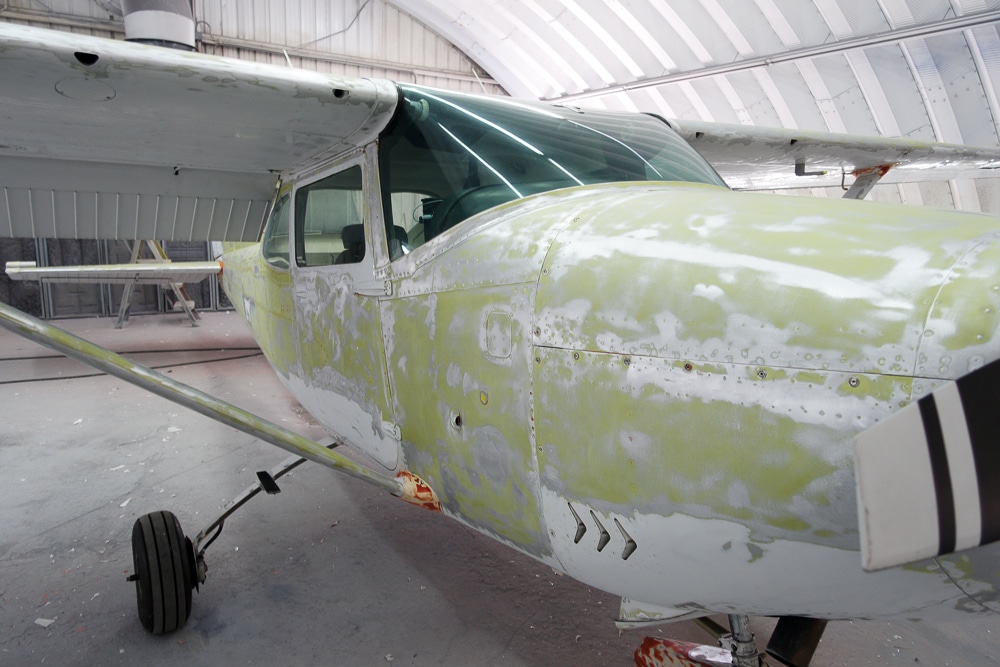 The process went cleanly – they told us it would take three weeks, and we had the plane back in three weeks.  The price is a flat rate but includes everything needed to do a good job: fill work to smooth out hangar rash on one wing, dealing with some surface rust on one of the landing gear struts, and repairing the wheel fairings that were in really bad shape. 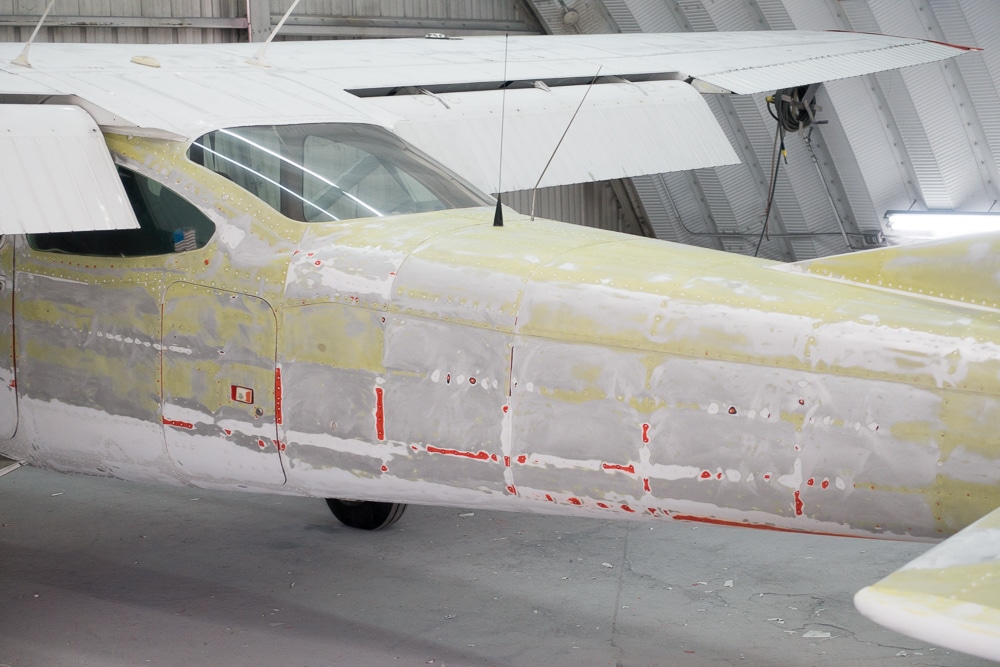 Sanded down to a good painting surface, not chemically stripped

The paint used was DuPont Nason – an automotive paint with a 200 MPH rating that the painter thought made the most sense for our use,  Imron (which is another automotive paint) is available as an option, but after talking about it I didn’t think the additional cost made much sense.  Our plane is always hangared except when traveling, and the paint we chose should last longer than we have the plane.  The Air Tractor getting painted after ours was getting Imron, but the chemicals used in aerial spraying apparently destroy normal paint, and Imron holds up well on planes that live outside.

Any paint scheme you want is available – the painter free-hands it, and generally recommends choosing a factory color scheme as a starting point.  The 2007 factory Cessna scheme is the one we chose, with colors we chose from a set of swatches: 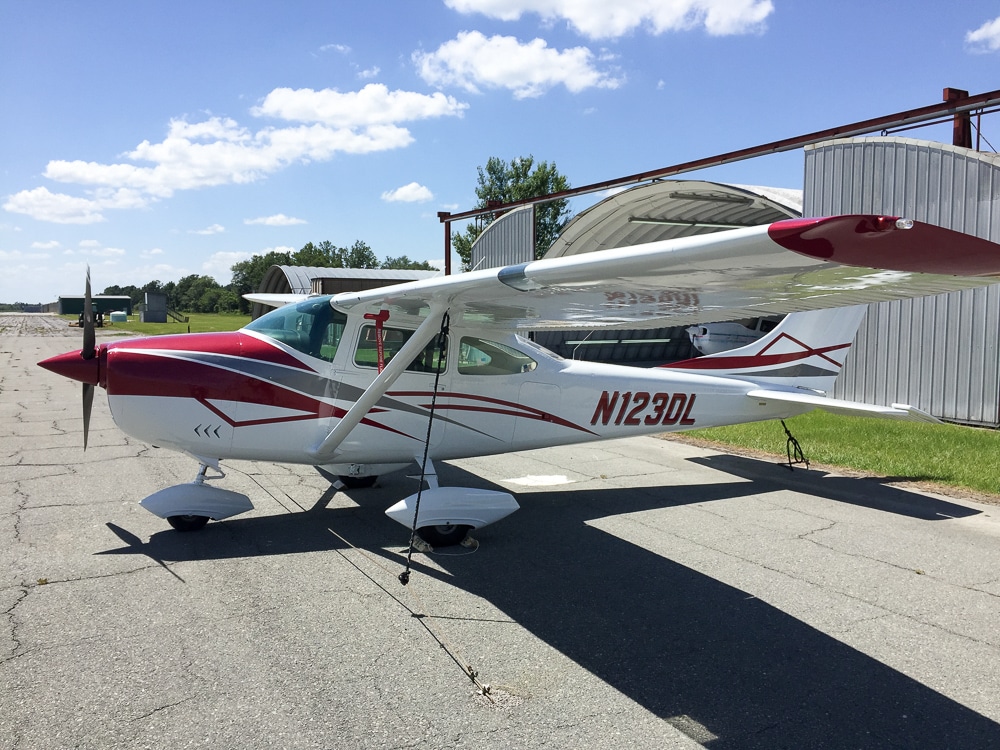 The control surfaces were never removed from the plane, and the plane wasn’t reweighed as part of the process.  What I paid for (and received) was a good paint job at a good price, by a company that’s been doing this for 35 years and has a lot of fans. 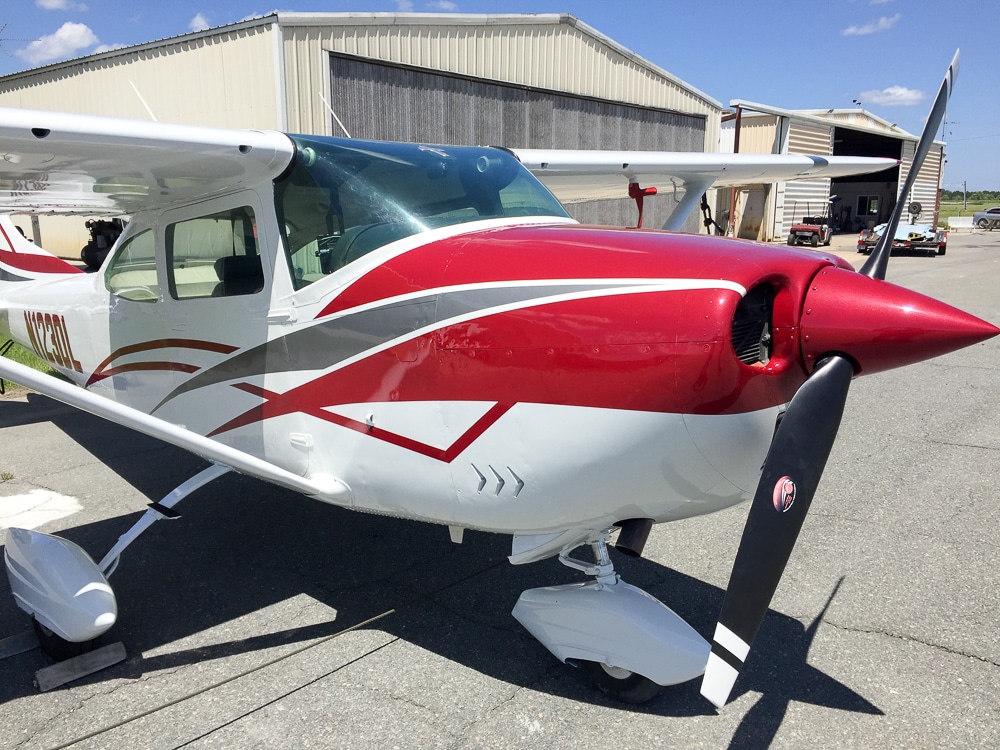 I hate that I needed to spend the money on a paint job, but I’m very happy with the results. 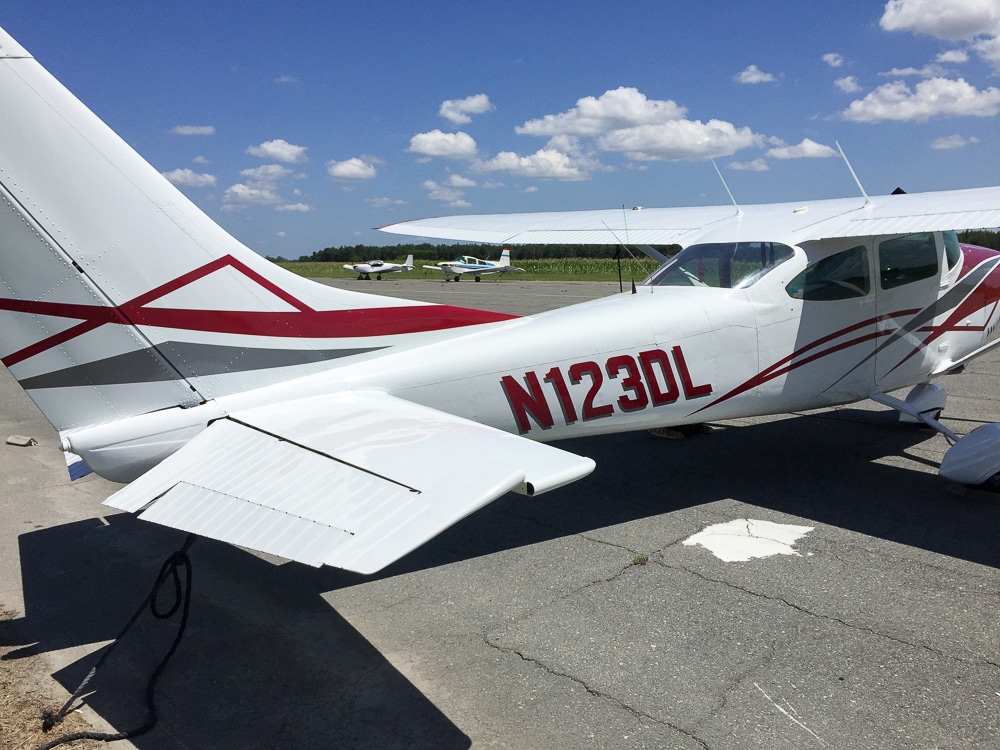 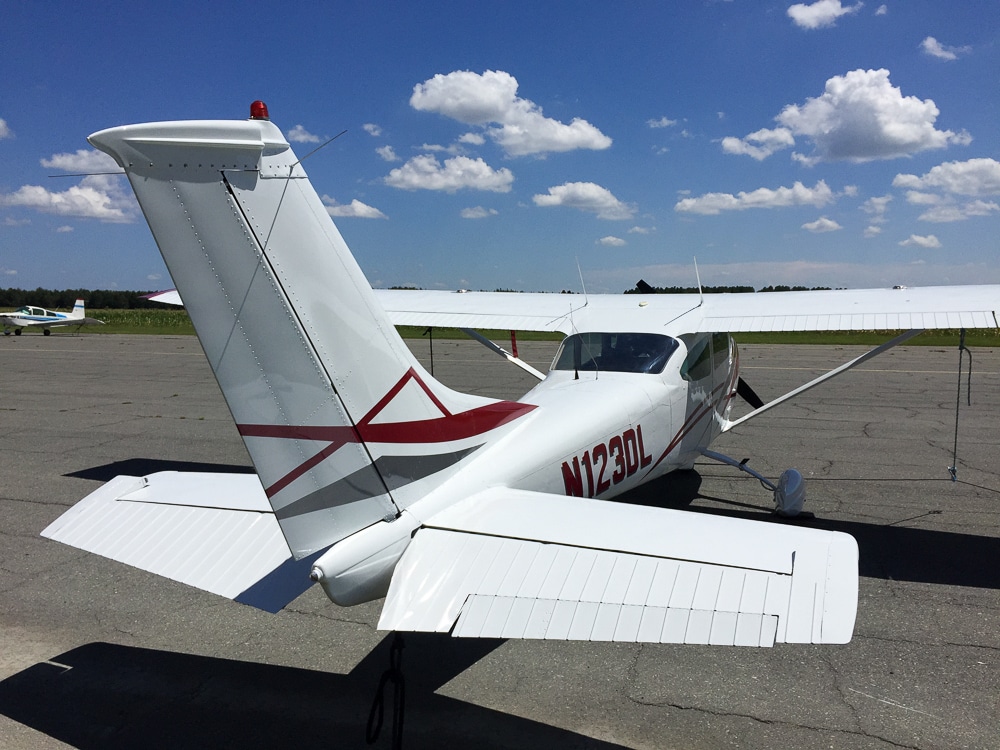